Located at the end of the Western Jiu Valley, the mountain of Oslea is a small limestone ridge that reminds us of Piatra Craiului. Geographically it is classified in the Vîlcan mountains.
The ridge itself is spectacular and aerial, and it can be done without any difficulties during the summer. In winter, however, depending on the snow conditions, its passage can raise quite serious problems, especially due to the cornices that form predominantly in the western part. Also, entering / leaving the ridge in winter time may require the use of ice crampons. On the other hand, the northern slopes of Oslea are very suitable for ski touring, which is why it is popular among practitioners of this activity.
Normally in March we should have a lot of snow but the 2019-2020 season was a capricious one. However, we managed to walk the Oslea ridge in good conditions and to use the ski tour to the maximum. 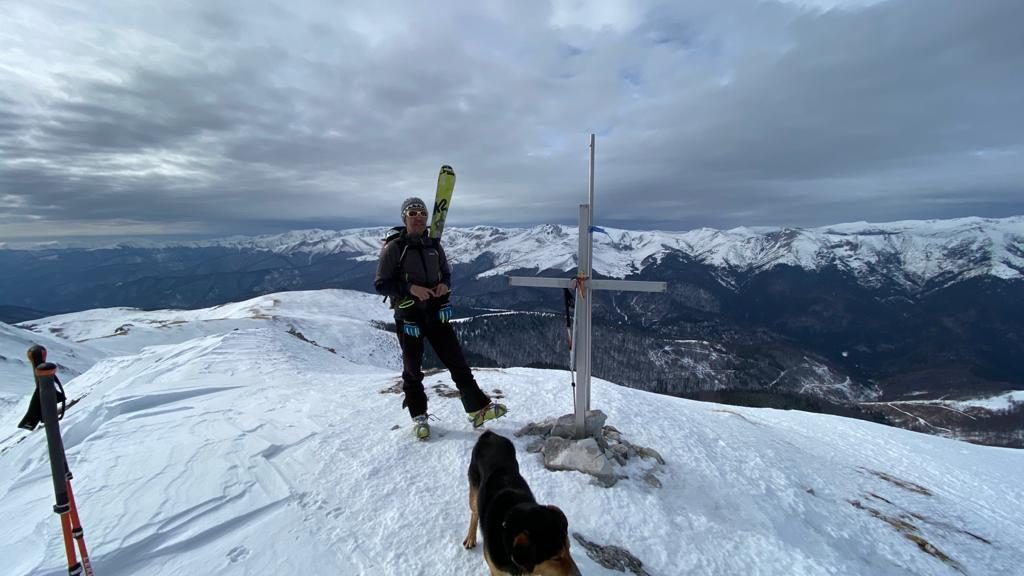 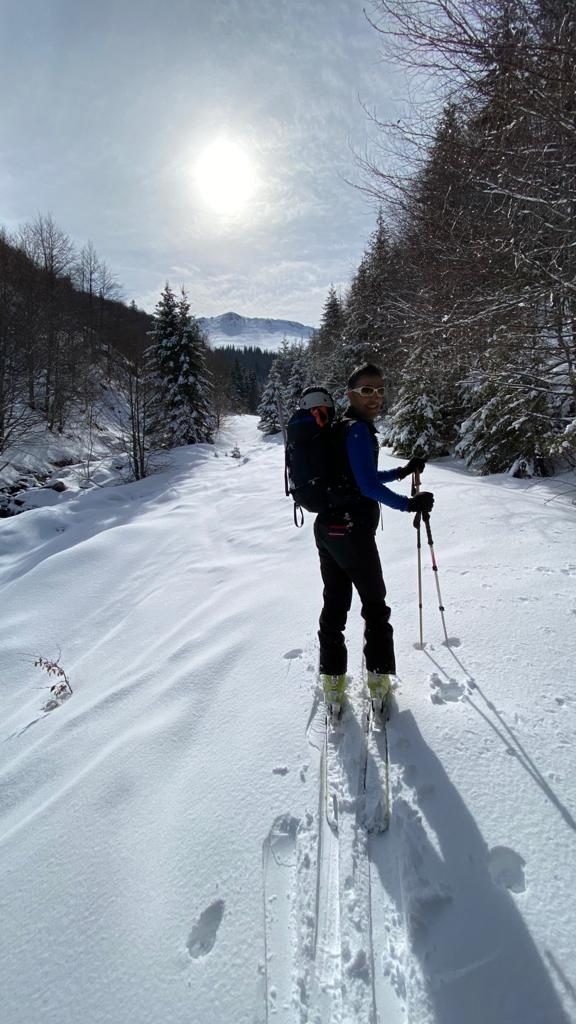 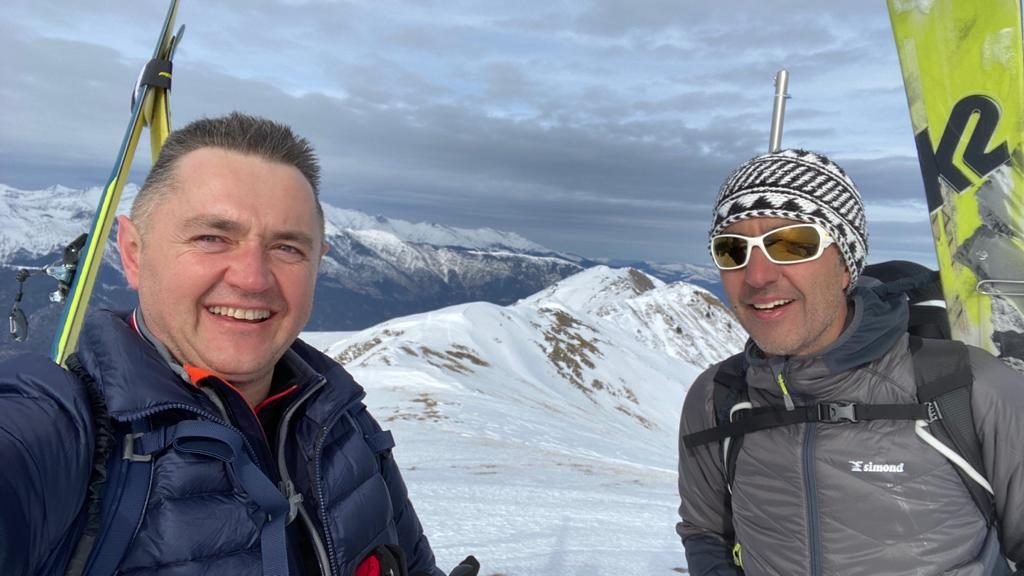 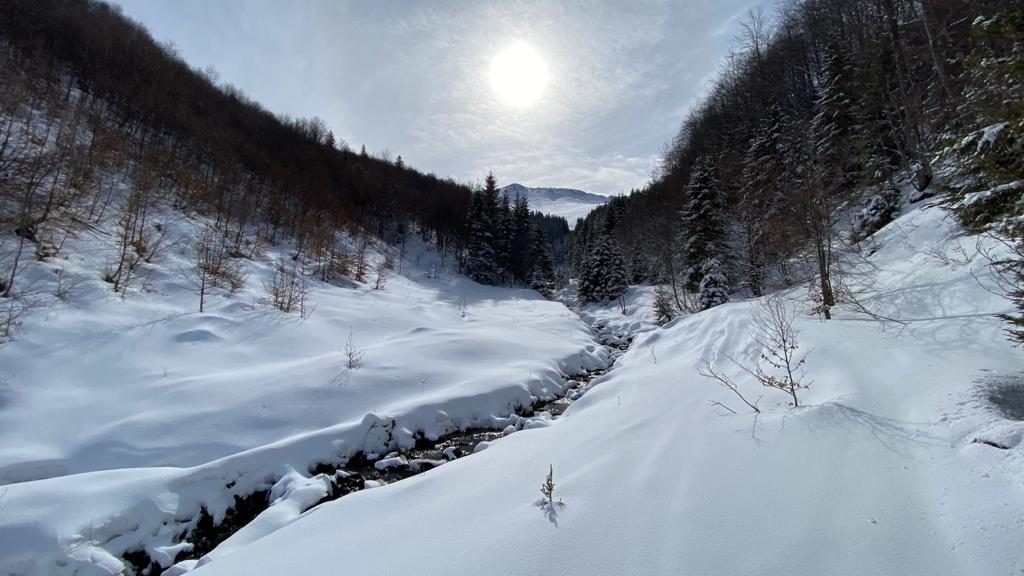 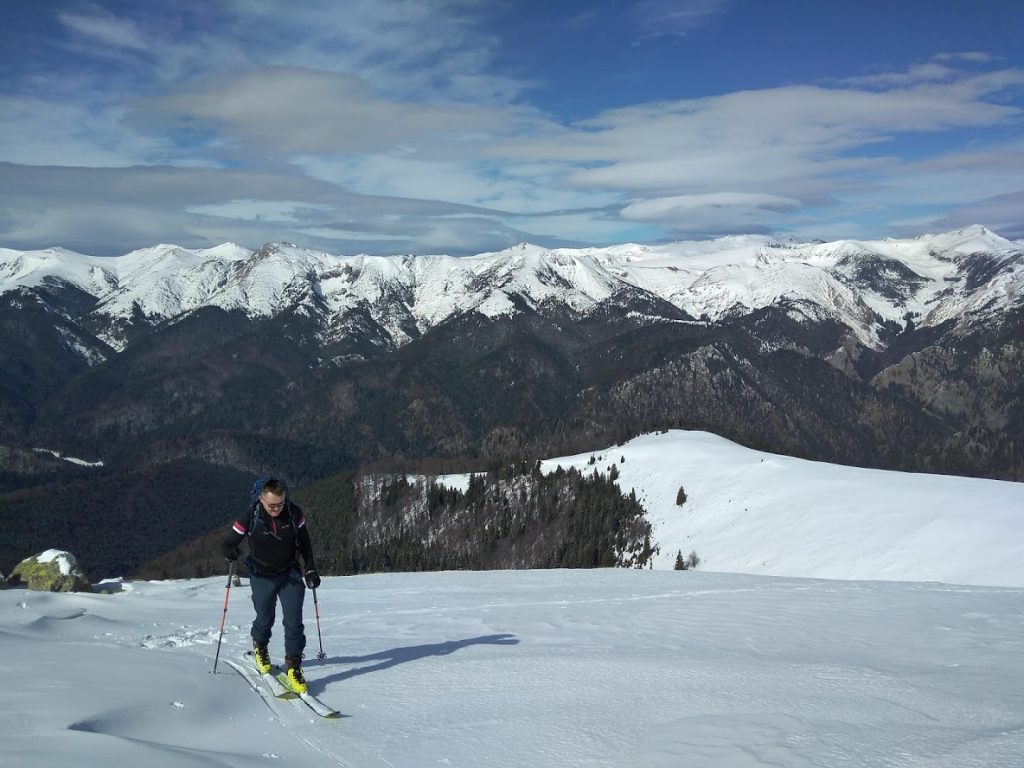 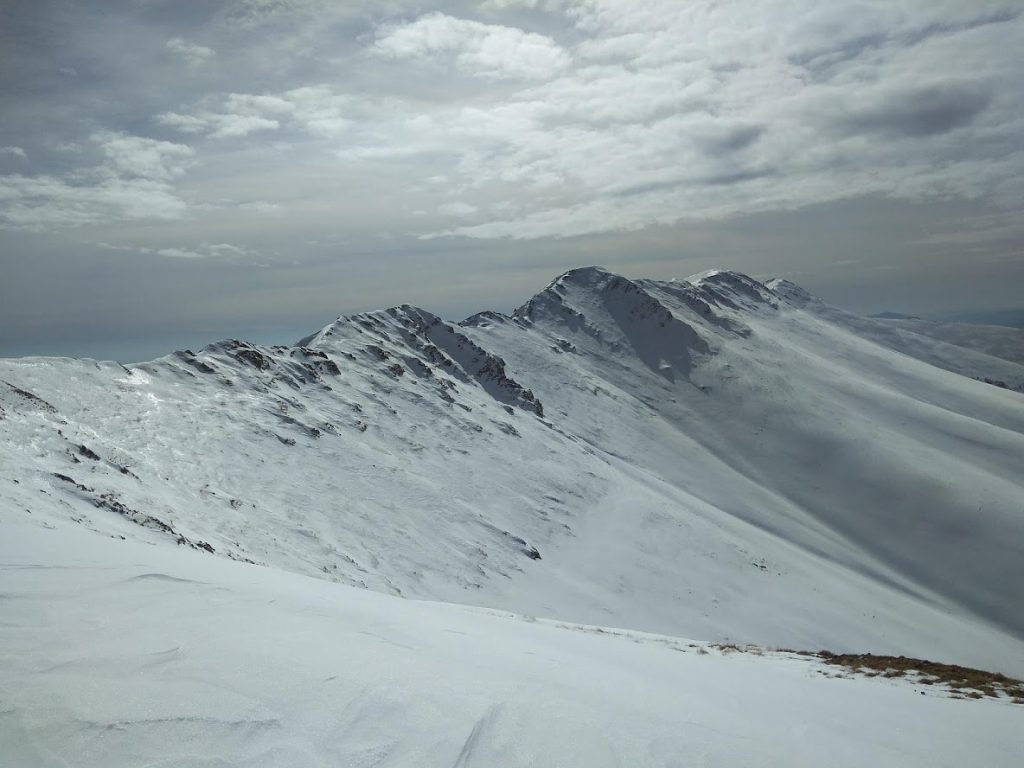 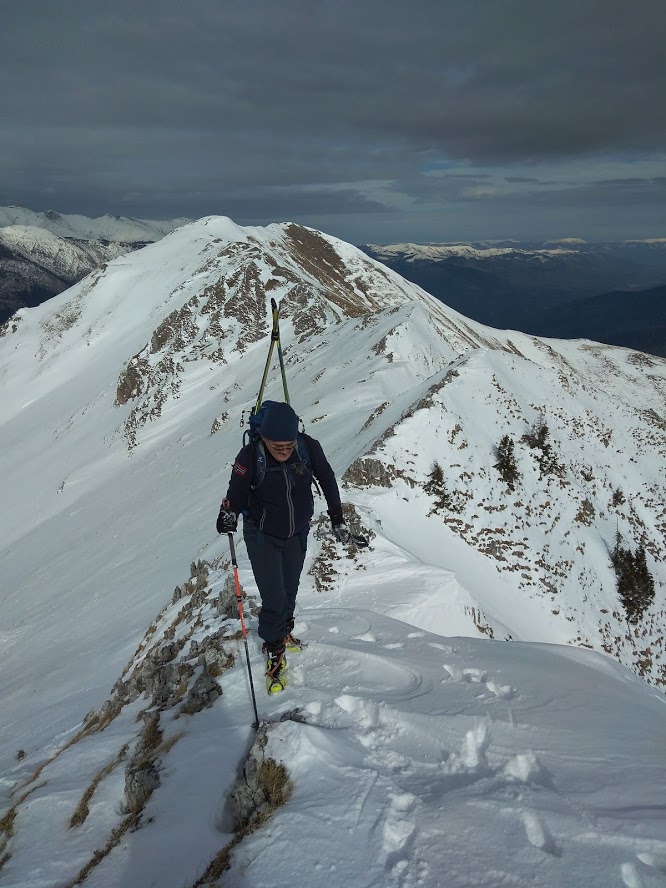 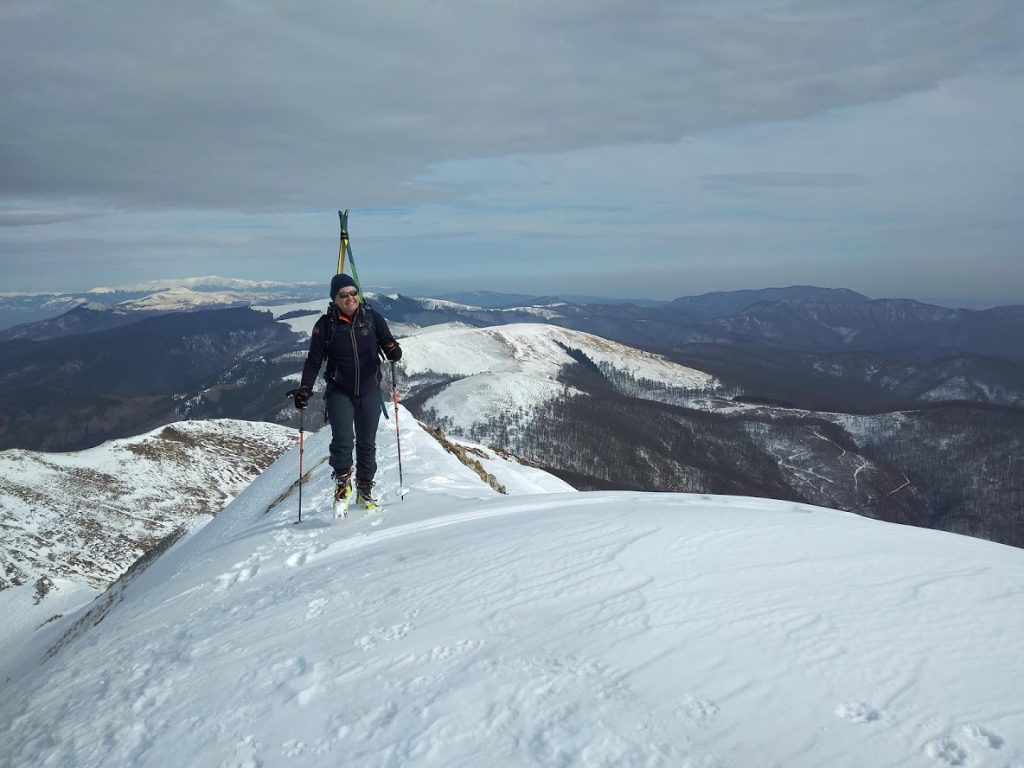 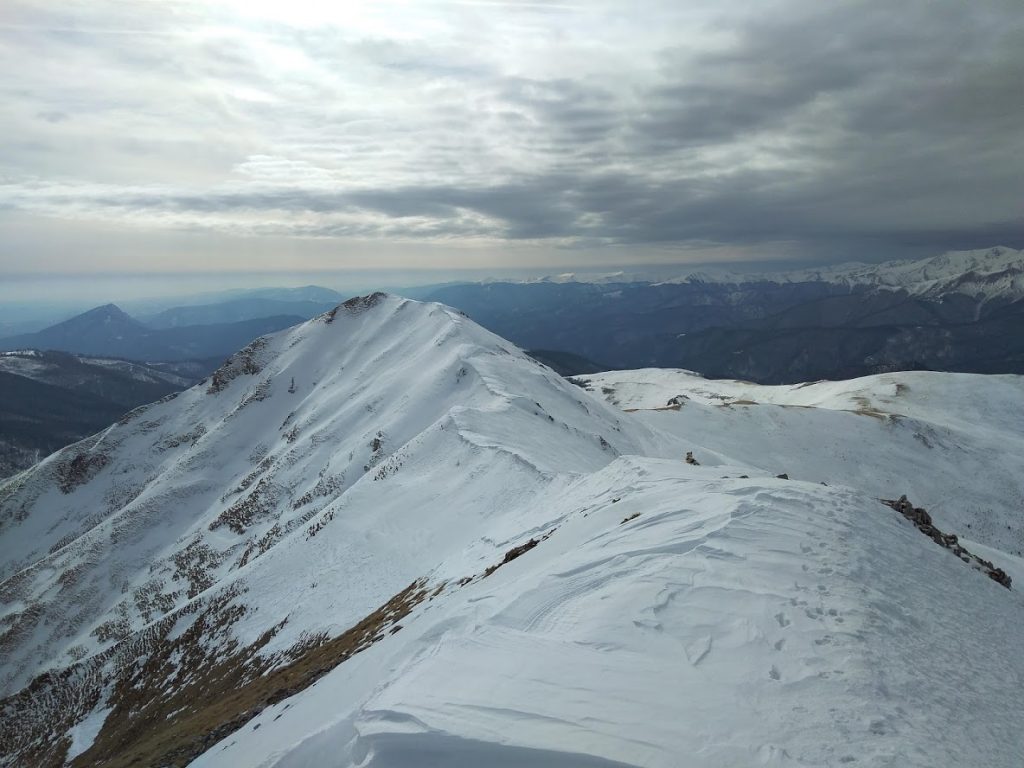