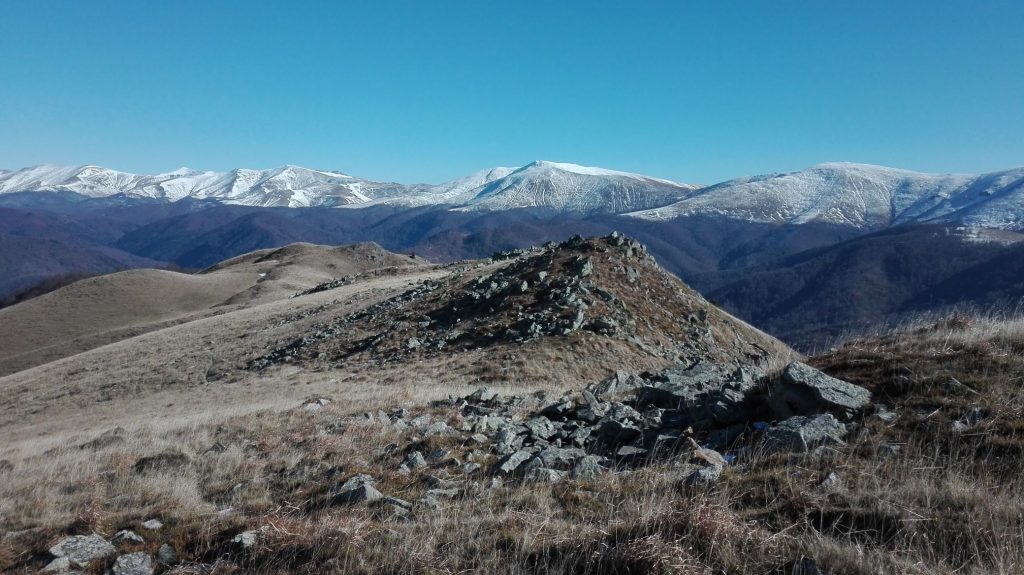 When we talk about the Cerna Mountains, we think first of all on canyons, caves and limestone peaks and probably on the well-known and picturesque road situated on the Cerna valley, already classic hiking destinations.

However the mountains are only partially visited by tourists. Probably to this situation has contributed the lack of marked trails but also to the rather difficult access. Practically upstream from the village of Inelet to the Godeanu Massif there are virtually no turists.

Located north of the main ridge, somewhere outside it the Cozia peak with only 1450m offers a great destination for day trips. The access in the area is now facilitated by the new paved roads of Cornereva village.

Surrounded by old forest exploits, orchards and meadows, the area offers a labyrinth of paths and forest roads, so a circuit can be done easily. Given that only 5h would be sufficient for such a circuit, the seasons most appropriate for excursions would be autumn and winter respectively, when if we are lucky we can even use snowshoes. 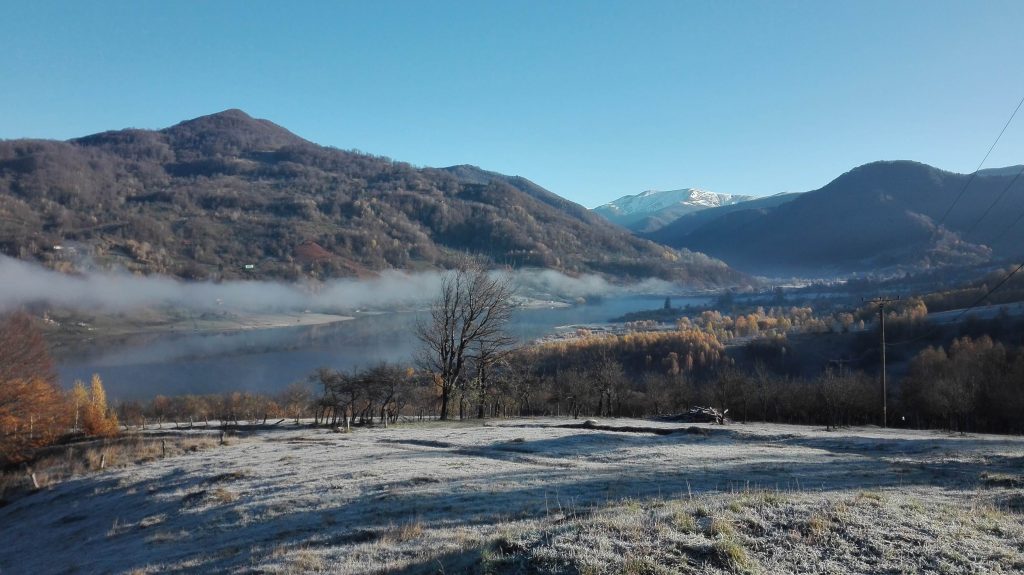 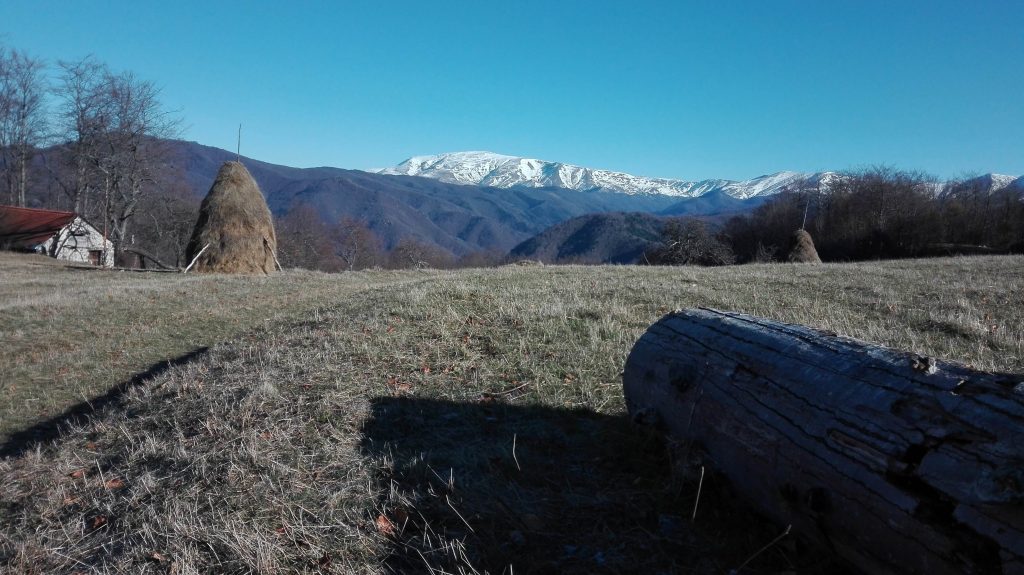 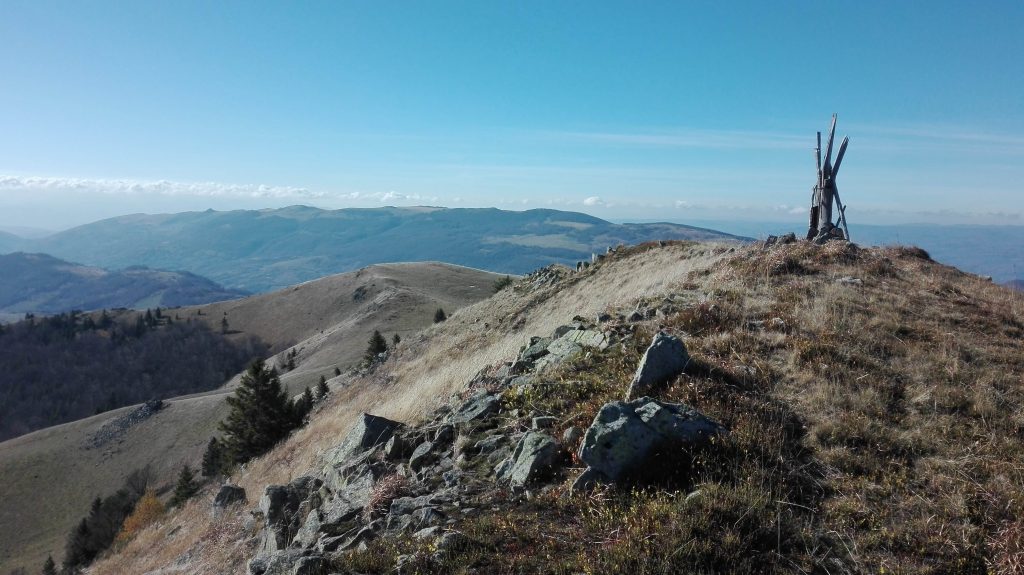 Cozia summit with Canicea ridge behind 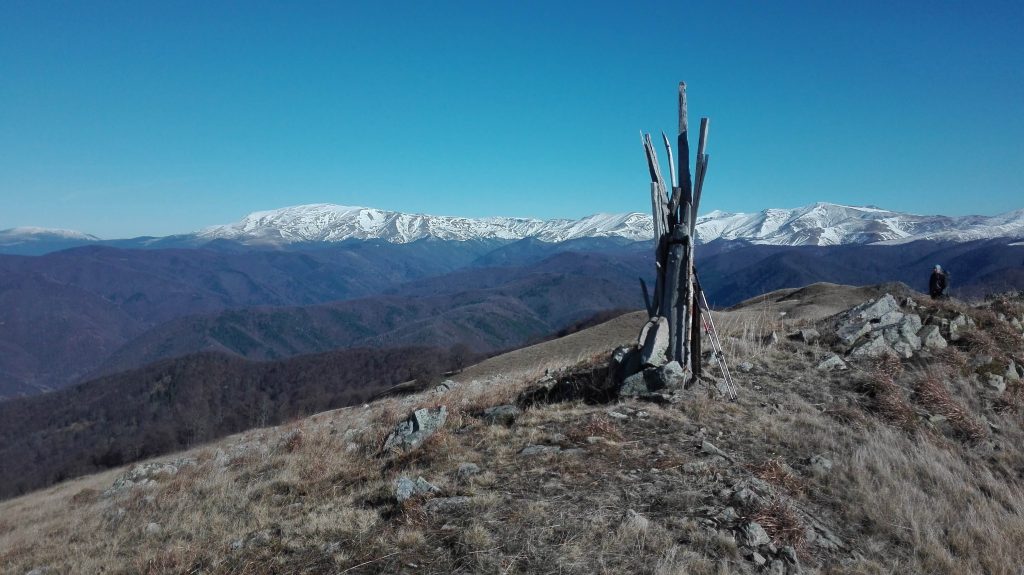 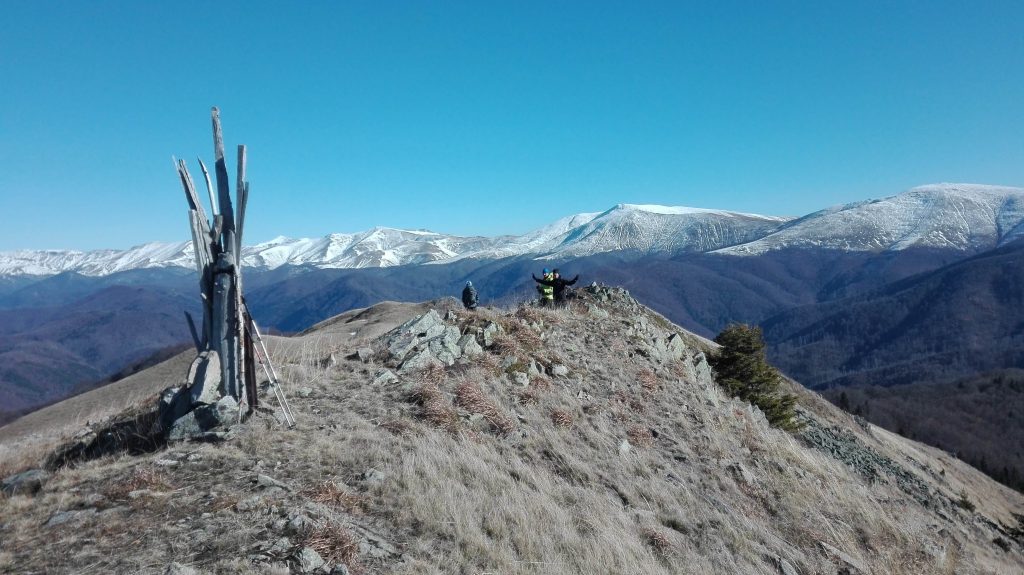 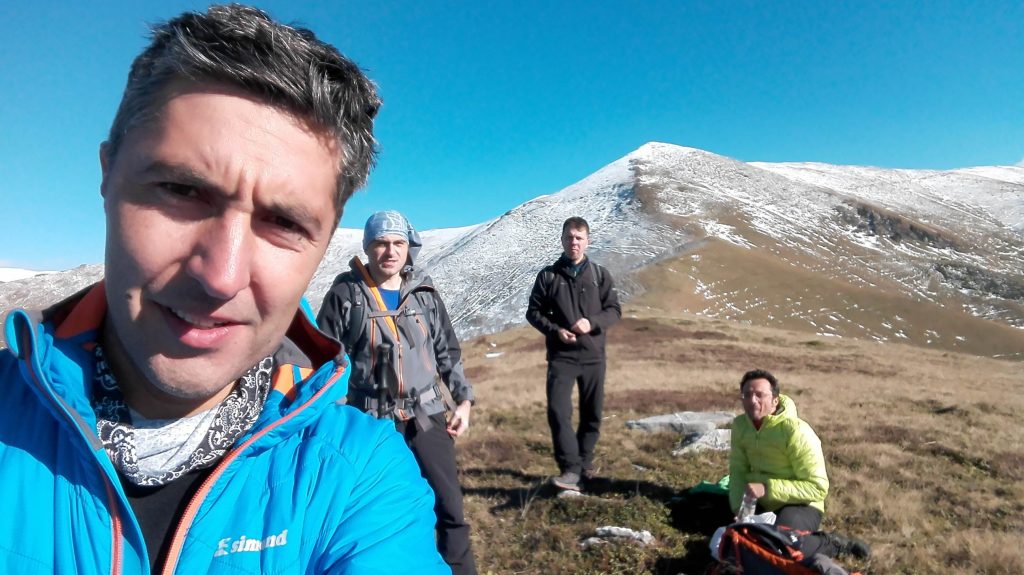 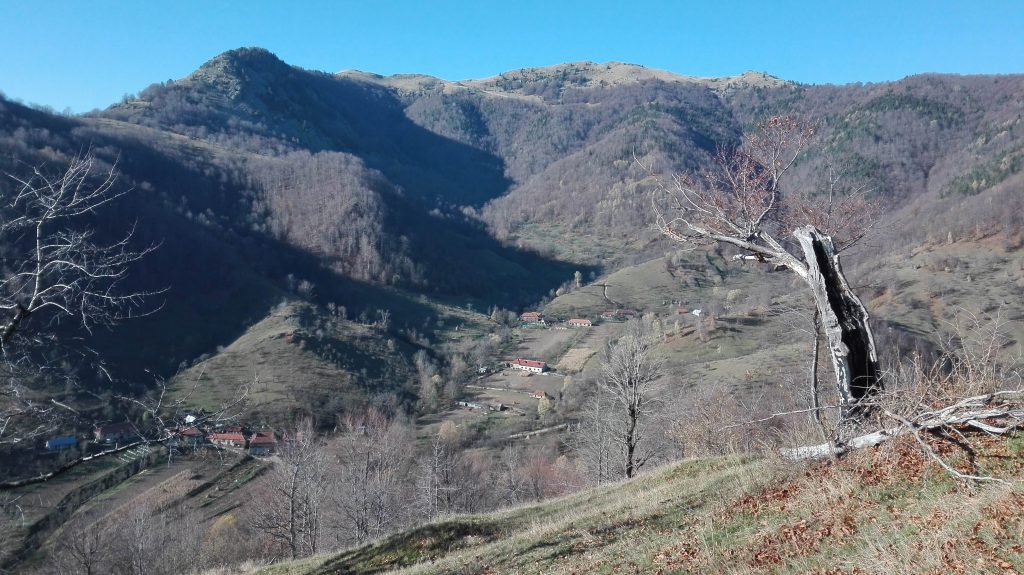 Camena vilage with Cozia summit behind 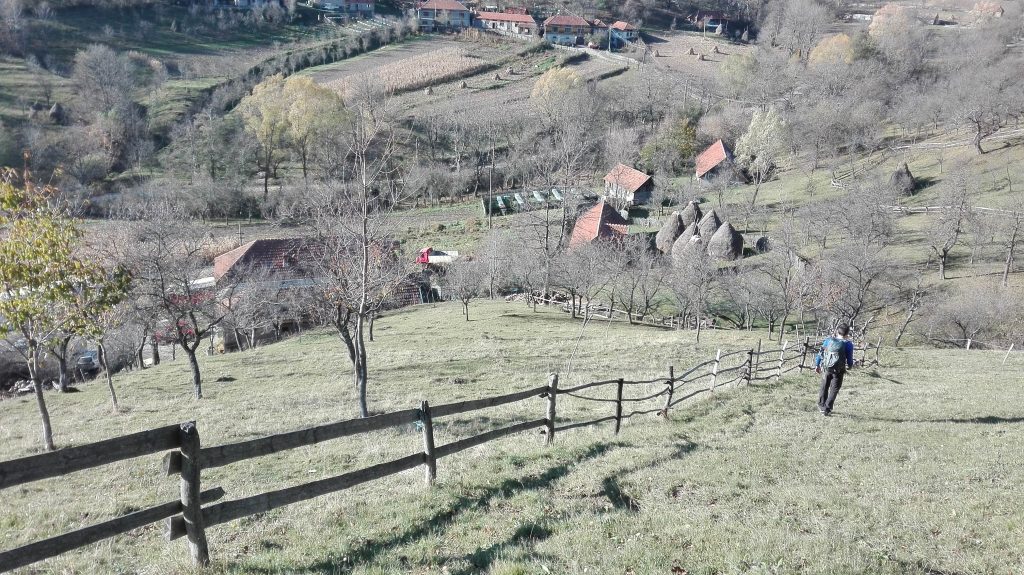 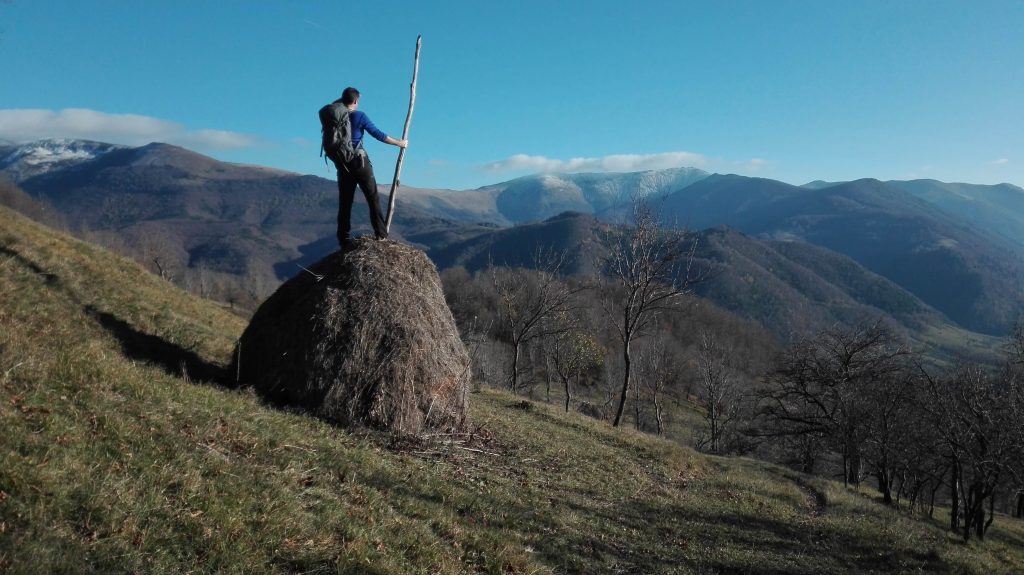