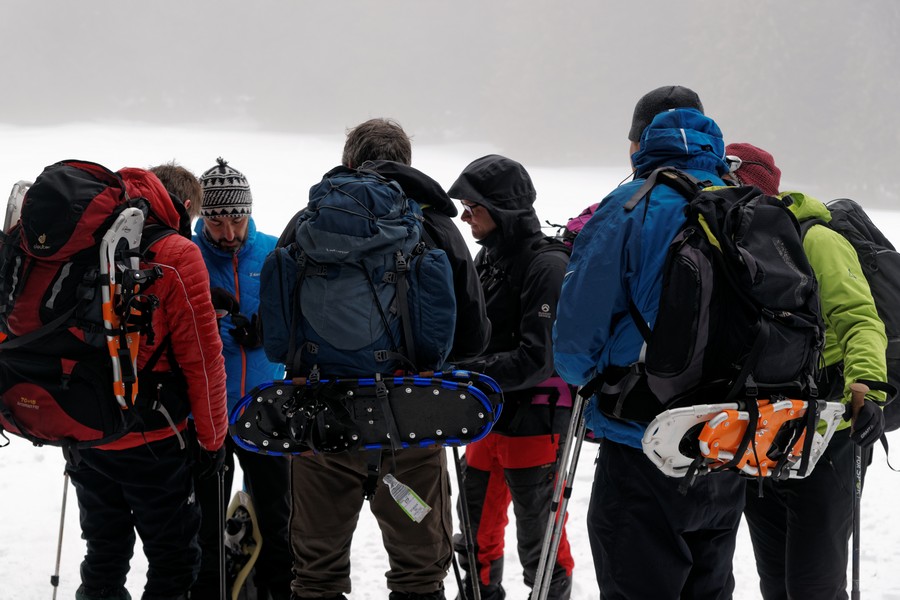 That’s how the weather looks like when we started from Paltinis. We already knew from the forecast that the wind would accompany us during the days we were going to spend in Cindrel. But we hoped the clouds would scatter so that we could see the scenery as well.
We are a fairly large group of 9 people and properly equipped so the forecast has not discouraged us. Good thing because Doru, the Canaia hut keeper, is already waiting for me to eat. The first part, until the Batrana col we have escaped somewhat from the wind but from there, we have to go grouped togheter and follow mathematically the ridge .
We’re just taking a break somewhere beneath the Rozdesti peak to eat something hidden between snow-filled trees. We arrive in just 4 hours at Canaia where we meet the first sun rays of the day.

Tuesday, the weather forecast is on the verge. The clouds have disappeared at least for the moment, but the wind has become stronger. We try to climb the Cindrel peak but end up with a short ascent on Canaia peak from where the wind blows us . We take Doru and go together to Paltinis this time through Gaujoara meadow.

The boys being from Belgium, were used to the haze and wind that are relatively normal there, they did not understand my reluctance at the beginning of the shift: “The weather is perfect Florin, what is the problem?” 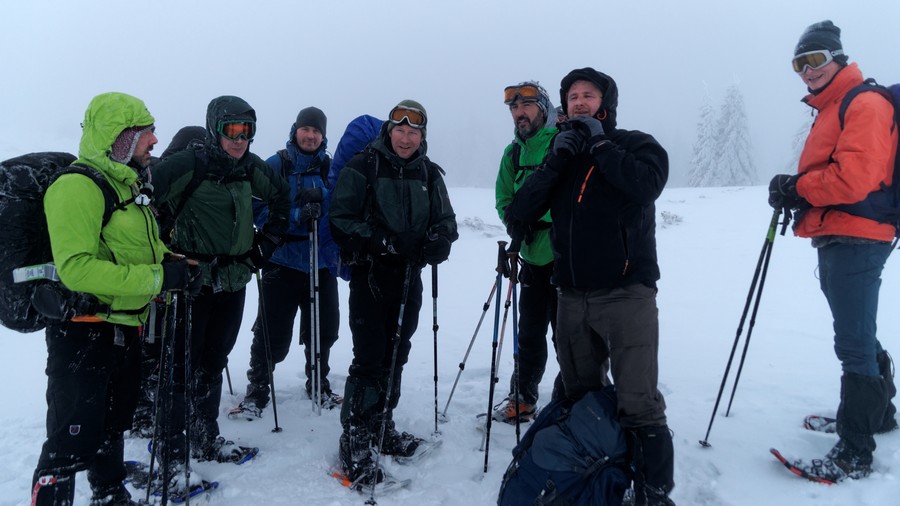 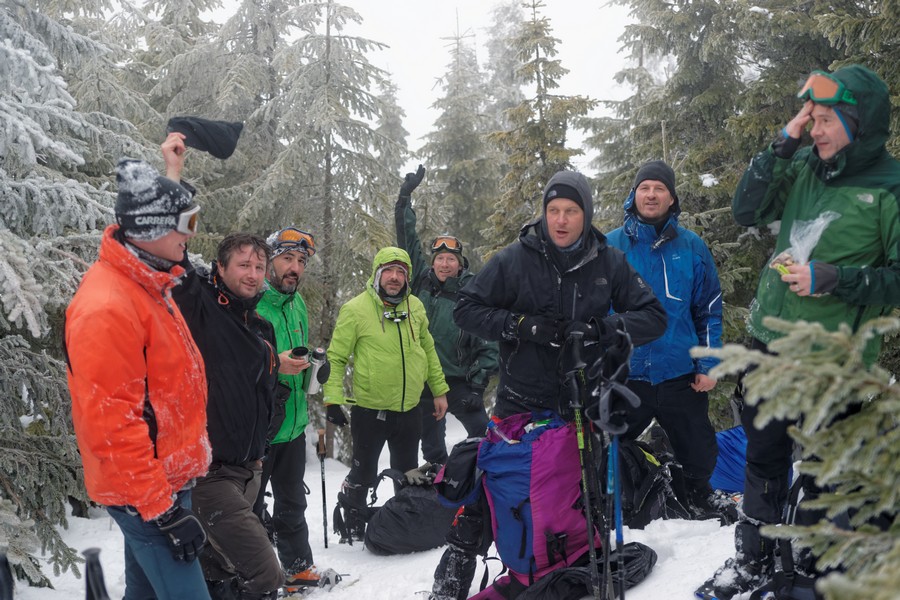 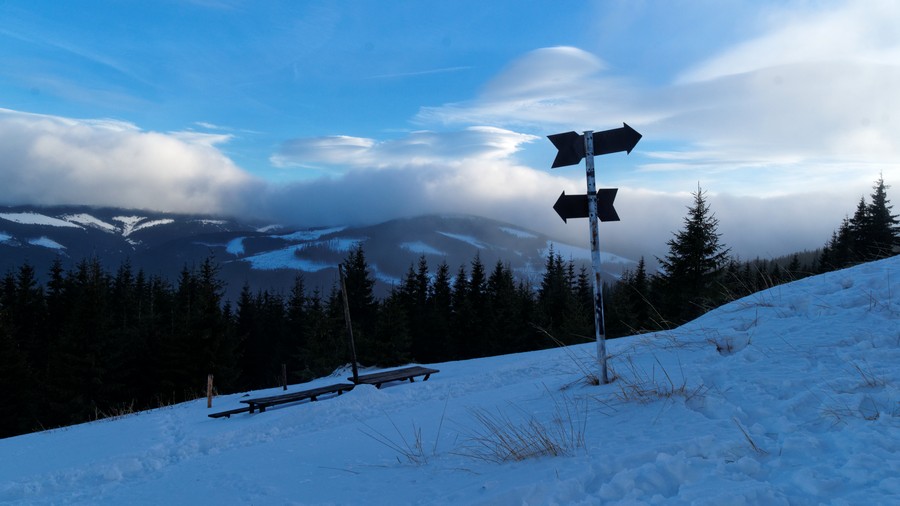 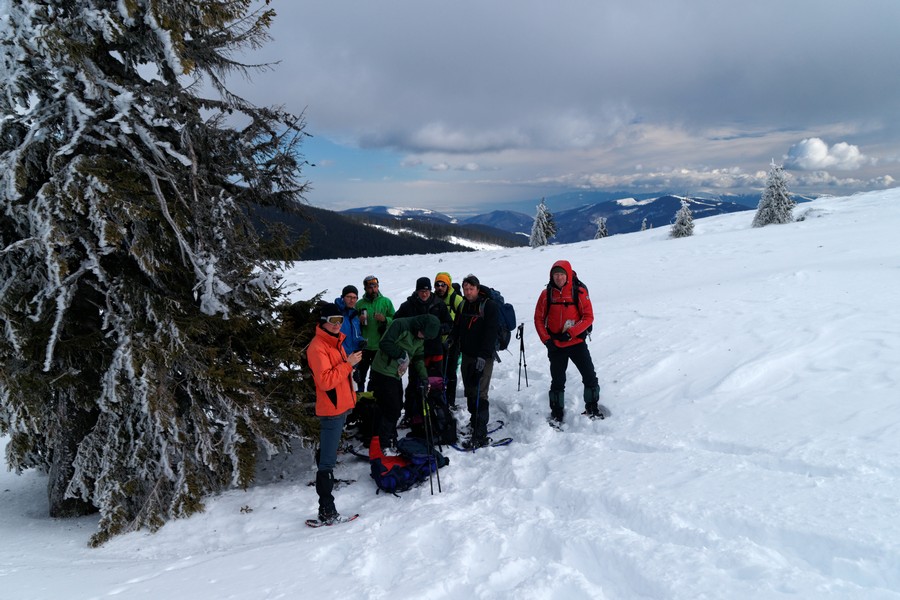 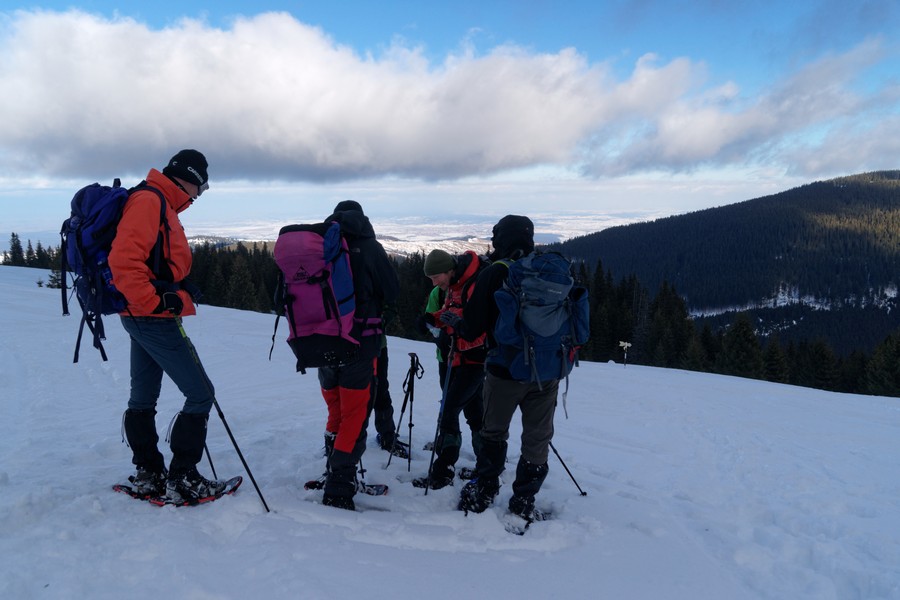 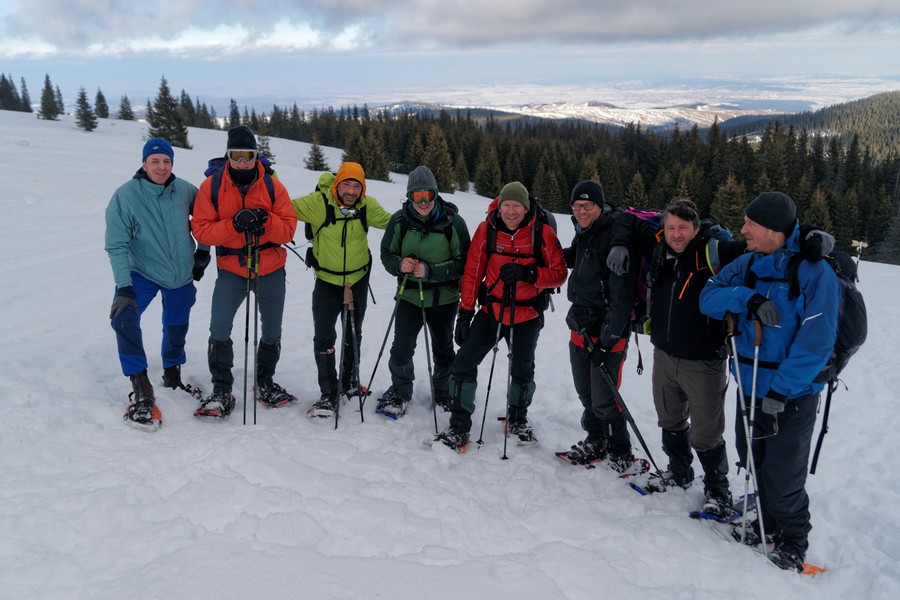